Inhibition of mast cells: a novel mechanism by which nintedanib may elicit anti-fibrotic effects

Abstract
Background Idiopathic pulmonary fibrosis (IPF) is a chronic and progressive lung disease which presents a
grave prognosis for diagnosed patients. Nintedanib (a triple tyrosine kinase inhibitor) and pirfenidone (unclear
mechanism of action) are the only approved therapies for IPF, but have limited efficacy. The pathogenic
mechanisms of this disease are not fully elucidated; however, a role for mast cells (MCs) has been postulated.
Objectives The aim of this work was to investigate a role for MCs in IPF and to understand whether
nintedanib or pirfenidone could impact MC function.
Methods and results MCs were significantly elevated in human IPF lung and negatively correlated
with baseline lung function (FVC). Importantly, MCs were positively associated with the number of
fibroblast foci, which has been linked to increased mortality. Furthermore, MCs were increased in the
region immediately surrounding the fibroblast foci, and co-culture studies confirmed a role for MC–fibroblast
crosstalk in fibrosis. Nintedanib but not pirfenidone inhibited recombinant stem cell factor (SCF)–induced
MC survival. Further evaluation of nintedanib determined that it also inhibited human fibroblast-mediated
MC survival. This was likely via a direct effect on ckit (SCF receptor) since nintedanib blocked SCF-stimulated
ckit phosphorylation, as well as downstream effects on MC proliferation and cytokine release. In addition, nintedanib
ablated the increase in lung MCs and impacted high tissue density frequency (HDFm) in a rat bleomycin model
of lung fibrosis.
Conclusion
Nintedanib inhibits MC survival and activation and thus provides a novel additional mechanism by which this drug may exert anti-fibrotic effects in patients with IPF. 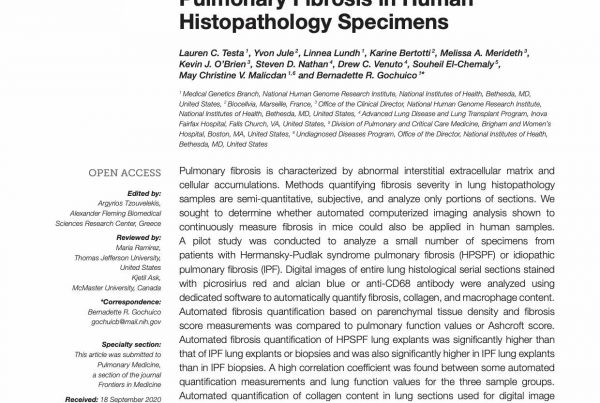